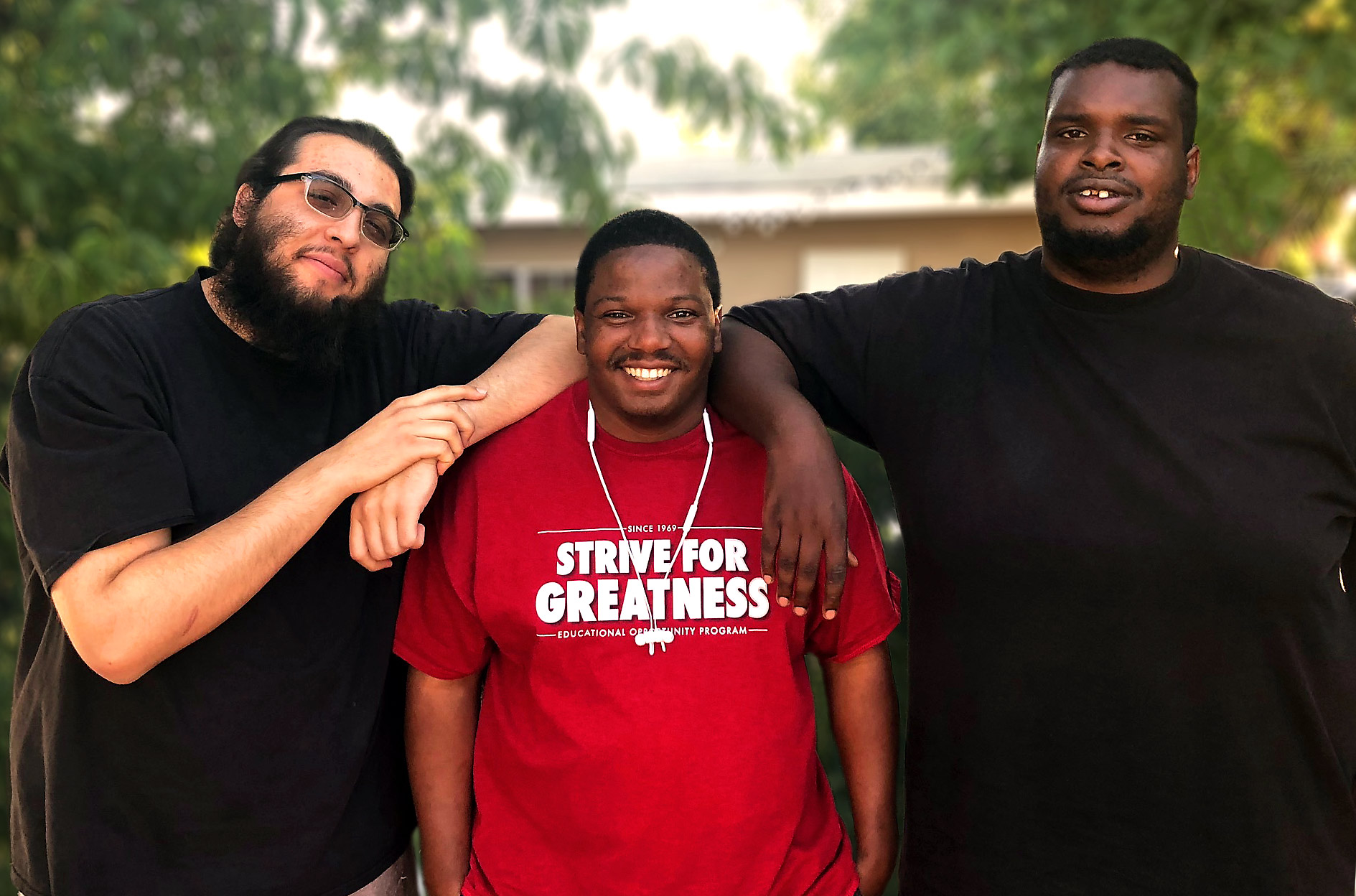 Native of the Peninsula and was raised in East Palo Alto for the first few years of his life. He entered cared at a very early age and has lived most of his life in San Jose in shelters, group homes and various foster placements. Fortunately for Dontae, he had mentors that invested in him. After graduating from high school, Dontae went on to receive his Associates Degree in Liberal Arts/Social and Behavioral Sciences from DeAnza College. He then went on to receive his Bachelors Degree in Psychology from San Jose State University. Dontae plans to continue furthering his education by attending a local graduate school to pursue a Masters Degree in Nonprofit Management.

She began attending De Anza Community College where she began volunteering for various non-profit organizations. While at De Anza, a counselor introduced her to Sociology, where she became aware of social injustices within institutions and at that point, she knew she wanted to help make an impact in these communities. Katherine quickly fell in love with Sociology and transferred to San Jose State University where she obtained her bachelor’s degree in Sociology with a concentration in Community Change.

Molly has a passion for helping foster youth and other vulnerable populations, stemming from her own experiences aging out of the child welfare system. Her extensive work experience began as a youth through nonprofit volunteer work and eventually an internship with California Youth Connection, and her passion continued to blossom from there.  She has experience supporting diverse vulnerable populations from mental health, child welfare, and nonprofit sectors and focuses on reinforcing self-confidence and helping others find a voice.  Molly has experience with navigating a variety of community and foster youth specific resources which supported her in completing her Associates Degree in Social & Behavioral Sciences from Gavilan College, and moving forward to obtain her Bachelors in Child & Adolescent Development with a Family & Community Focus from San Jose State University, all while graduating debt free.  Molly looks forward to assisting youth from our community in discovering, exploring and pursuing their dreams and aspirations.

Ty Thompson, M.A.Ed.
Board of Directors/Co-Founder

Over 20 years of experience working directly with under resourced youth populations. He has counseled youth in various settings, including, juvenile halls and ranches, homeless youth shelters, group homes, drop-in youth centers, and has also facilitated special education classes. Additionally, he’s been involved in creating collaborative betterment programs for current and former foster youth in Santa Clara County, and after doing in internship in 2002 while attending college, he became involved in mentoring young men as part of the Big Brothers/Big Sisters program. He looks forward to continuing to have an impact on the lives of youth impacted by public systems.

Stephanie Williams, Ph.D.
Board of Directors

Dr. Stephanie Williams is a licensed psychologist who received her Masters of Arts in Forensic Psychology and her Doctorate degree in Clinical Psychology. She has worked in the government sector as a psychologist focusing on the evidenced based treatment of incarcerated persons. She specialized in suicide risk, forensic evaluations and personality assessment of ethnic minorities. She joined RTB in order to assist with the mission of helping displaced foster youth achieve their highest potential through relationships, with a unique focus on promoting positive psychological health

Chief Program Officer at the Law Foundation of Silicon Valley, the largest legal services organization in Santa Clara County. She helped establish Advocates for Young Adults, a collaborative program in Sacramento County to assist youth transitioning out of the foster care system. In 2006, Jennifer became a Certified Child Welfare Law Specialist as recognized by the National Association of Counsel for Children. Jennifer has presented at international, national, state, and local conferences and has served as faculty for the National Institute of Trial Advocacy in multiple trainings around the country. In 2014, she was selected as one of Silicon Valley’s most influential women by the Silicon Valley Business Journal.

Betty Duong, JD
Board of Directors

Currently leads the Office of Labor Standards Enforcement (OLSE) overseeing all operational aspects of the newly created office. Approved by the Board of Supervisors in 2017, OLSE – County of Santa Clara is the seventh office in the nation to advance labor standards at the local government level. Prior to leading OLSE, Betty Duong served as Budget and Policy Director to Santa Clara County Supervisor Cindy Chavez. Duong took a personal leave of absence in 2016 to manage the successful Measure A $950 million housing bond campaign.

Chad Bojorquez
Board of Directors

Chad is a mission-driven change agent dedicated to ending homelessness. As a volunteer, he was awarded the Silver Bowl Award from the Junior League of San Jose, the Community Quarterback Award from the San Francisco 49ers, and Bank of America’s Local Hero Award in 2011. As a case manager at InnVision, he crafted his approach helping women and families toward self-sufficiency through homelessness prevention and rapid re-housing. Chad also played a critical role in the growth of Downtown Streets Team in terms of size, scope, impact and geography. Over five years, he helped craft a whatever-it-takes approach to case management and employment services, co-founded a social enterprise as a living-wage job creation platform, and launched an East Bay branch of the organization. The Golden State Warriors and the San Jose mayor’s office named Chad as their 2015 Champion in the Community. Chad is a senior fellow of American Leadership Forum, a graduate of Leadership San Jose, a two-time Most Valuable Player in the international sport power soccer, and holds a bachelor’s degree in business psychology from Palo Alto University.